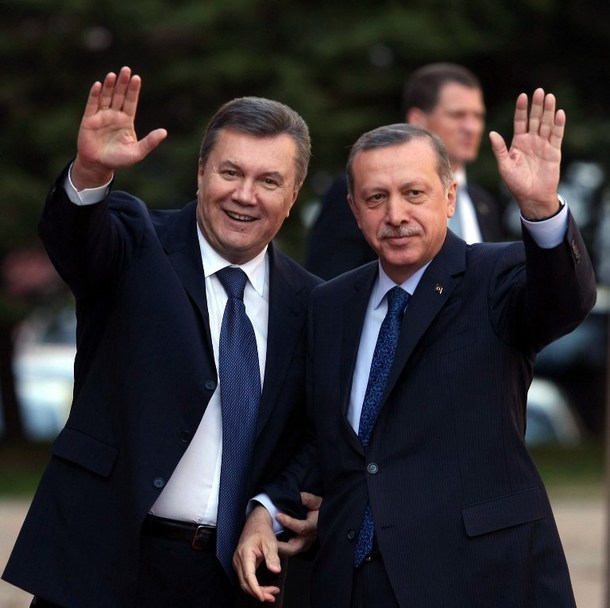 This week is an important one for Ukraine and Turkey. President Victor Yanukovych met with Turkish President Abdullah Gul and Prime Minister Recep Tayyip Erdogan in Ankara on Oct. 9.

The meeting agenda included a road map to bilateral relations of the two nations in the near future. One of the most important items on the agenda is a free trade agreement that Ukraine and Turkey have been quietly discussing for two years. Both sides will deepen economic ties if they reach an agreement on the details.

It would be a fitting accomplishment to a neighborly relationship that has been good from the start – ever since Turkey became one of the first nations to recognize Ukraine’s independence and open a diplomatic mission in Ukraine. The relationship has improved since then.

Turkish investments in Ukraine has nearly reached $2 billion. The National Bank of Ukraine says that roughly 700 companies of Turkish origin are active in Ukraine’s economy. The major shareholder of LIFE, the third largest telecoms partner in Ukraine, is TURKCELL, the biggest mobile telecoms operator of Turkey. Besides two Turkish banks, some of the other Turkish holdings include have production and marketing businesses.

Turkish contractors have already finished construction of Kyiv Boryspil International Airport, Shaktar’s Donetsk Stadium, hundreds of kilometers of intercity roads, bridges and some five-star hotels. The value of these projects exceeds $2 billion and the volume of ongoing projects is around $1 billion

In 2011, Ukraine and Turkey started the Strategic Collaboration Council of Turkey and Ukraine in which Erdogan and Yanukovych are co-chairmen.

The first decision of the council was the repeal of the requirement for bilateral visas in August 2012. This is partly recognition that Ukrainians prefer Turkey as a holiday destination. In 2012, 634,000 Ukrainian travelers visited Turkey and in the first seven months of 2013, the number of Ukrainian tourists increased 20 percent over the same period a year ago. As for Turkish tourists, there is a 55 percent boost in the number of Turkish tourists to Ukraine – to 117,000 in 2012.

The Crimean peninsula and western Ukraine have considerable potential for tourism and Turkish tourists who are bored to visit known European cities and may prefer these Ukrainian destinations if some necessary infrastructure and service improvements are made.

Turkish Airlines, Ukraine International Airlines and other private airline operators are helping to intensive the economic activities between two countries. As Kyiv is the busiest destination, Turkish Airlines also has scheduled flights to Odessa, Kharkiv, Lviv, Dnepropetrovsk, Donetsk and Simferopol.

Their plans will increase the number of intra-Ukraine flights from the current 80 flights every week to more than 100 flights. Turkish Airlines and several other Turkish airline operators have been waiting for further permission to increase the frequency of their flight schedules and destinations in Ukraine. Turkish airlines can help Ukrainians access other destinations more easily as well.

Before the worldwide economic crisis in 2008, Turkey was Ukraine’s second biggest foreign trade partner, just after Russia. The crisis cut Ukrainian-Turkish trade in half and it has never fully recovered. Turkey has dropped to number four as Germany and Poland have risen. Ukraine has a foreign trade surplus with Turkey. Turkey buys raw materials and semi-finished goods while Ukraine buys finished end-user products.

What will a free trade agreement mean for the nations? It will likely intensify trade opportunities through traffic reductions, helping both nations to reach their leaders goal for $20 billion in bilateral trade each year. The benefits for Ukraine will be even more profound if its leaders are able to secure a free trade agreement with the European Union in Lithuania next month. Turkey has been a free trade partner with the EU since 1994.

A trade deal between Ukraine and Turkey will stimulate Turkish investors, who are keen to enter the market. Yanukovych is leading his nation at a critical moment, when he can help ensure its prosperity for years to come by opening up markets with the EU and Turkey.

I am sure that he will take the right course. Since becoming president in 2010, Yanukovych has worked hard to improve economic relations not only with Turkey and the EU, but also Russia, China, South Korea as well as countries in the Middle East and Latin America.

These efforts, combined with the abolishment of visas between Turkey and Ukraine, gives me great hope for new opportunities to improve economic prosperity and increased personal ties between the two nations.

Burak Pehlivan is the vice president of the Turkish Ukrainian Businessmen Association.