Turkish Professionals and Businessmen in Kyiv Meet At The Dinner, Organized In Honour Of Sevki Acuner, Director of the EBRD in Ukraine 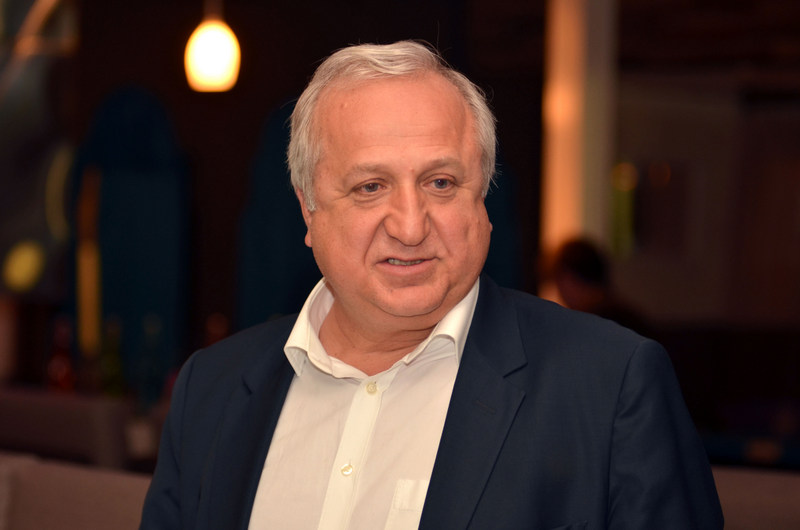 Turkish professioonals, working in Turkish and international companies in Ukraine, met at the dinner, given in honour of Mr. Şevki Acuner, who has been recently appointed as the Director of the European Bank of Development and Reconstruction in Ukraine.

At the dinner, which met with wide participation, the presentation was taken over by the Business Development Director of  BASF in Ukraine Mr. Zaferhan Kılıç, while the opening speech was made by the Chairman of the Board of Directors of TUİD Mr. Cem Murat Aytaç. Aytaç pointed out that such a group of professionals can rarely gather in Kyiv and said “we, hereby say ‘welcome’ to Mr. Şevki Acuner and we thank him for leading such a meeting of Turkish professionals”. Aytaç ended his speech by  reiterating that they have always been keeping their positive expectations about the future of Ukraine, despite the tough economic conditions in this country.

Ambassador of Turkey in Ukraine Mr. Mehmet Samsar, in his speech expressed that he is very glad that a Turkish manager has been appointed to theEuropean Bank of Reconstruction and Development which is one of the most important international organizations in Ukraine.

Mehmet Samsar said; “ today, in Ukraine, which is our strategic partner, many Turkish managers lead either Turkish or international firms. This situation also has a positive affect on the relations of the two countries ”.

Mehmet Samsar emphasized that TUİD, as the umbrella organization of the Turkish business community in Ukraine, has been acting in many spheres including social responsibility projects and business organisations  and it increases every day number of its members thanks to such activities which provide unification of the Turkish business world in Ukraine. Samsar ended his words by saying ‘welcome’ to Mr. Şevki Acuner and to the guests.

Following the dinner, the Vice-Chairman of the Turkish Ukrainian Businessmen Association Mr. Burak Pehlivan gave a special interview to Cihan News Agency. In his interview, Mr. Pehlivan stated that the EBRD, which is the credit organization tat gives the biggest amount of credit in Ukraine, has been financing many infrastructure projects and private sector investments in Ukraine, including the ongoing motorway constructions and the Chernobile Nuclear Power Plant Cleaning Project.

Burak Pehlivan said “we are proud of the fact that a Turkish manager has been assigned to such an institution, which most of all gives credit in Europe to Russia, Ukraine and Turkey”.

Pehlivan ended his words by saying that they are sure that Mr. Şevki Acuner, thanks to his position and existence, will bring additional power and energy to the Turkish community in Ukraine.