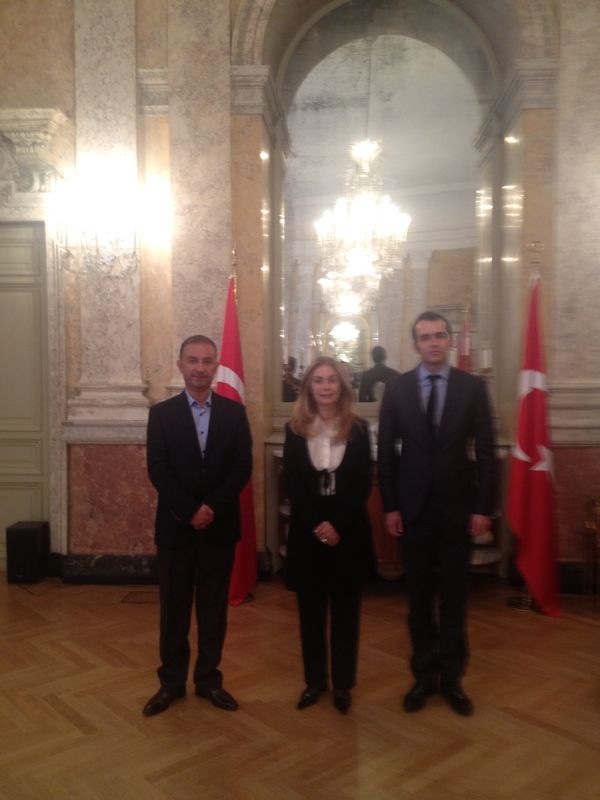 At the meeting, the Vice Chairman of TUİD Mr. Burak Pehlivan made a presentation on the Turkish business communitiy in Ukraine and on the DAİB project. In his presentation, Pehlivan stated that TUİD,in addition to its head office in Kyiv, has also been active in Kharkiv and Odessa and also it has a representation office in Istanbul and that the efforts within the project of DAİB which has been designed as a communication platform among the Turkish businessmen associations in Eastern Europe, has been accelarated in recent times. Pehlivan also reiterated that among the members of TUİD there are affiliated companies of many prominent corporations of Turkey, as well as many small and medium sized enterprises, and he stated that the Turkish capital in Ukraine, which is approximately 2 billion US dollars, is mostly represented in TUİD. Vice-chairman of TUİD expressed that Austria geographically is not included into the project DAİB however, Austria, with her investments in Ukraine that exceed 3,5 billion dollars, in one of the 5 foreign investor countries in Ukraine and said “Austrian companies are historically quite familiar with Ukraine and consequently, they are in a very strong position in Ukraine. In this sense, we desire to improve the cooperation among the Turkish businessmen in Austria, Austrian investors and Turkish businessmen in Ukraine”. 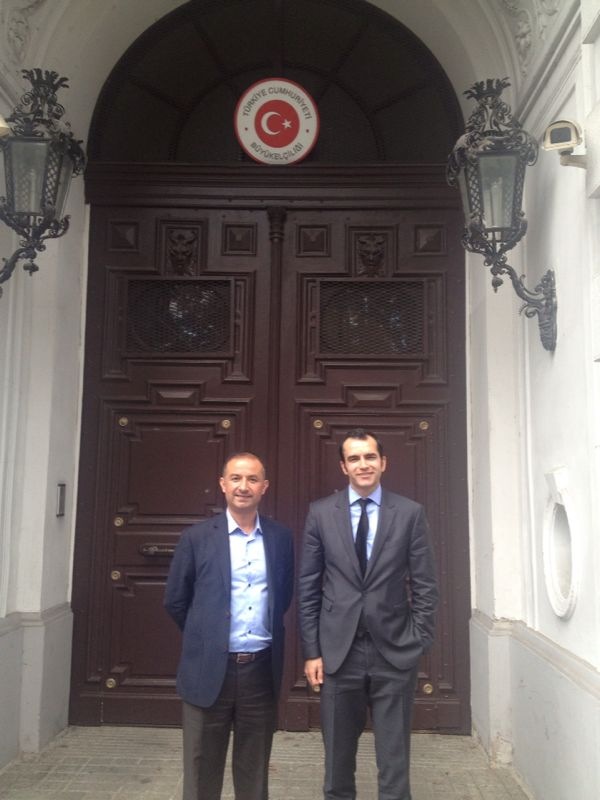 Ambassador of Turkey in Austria Mrs. Ayşe Sezgin, on her part said that   the economic and commercial relations between Austria and Turkey have been quite intensified in recent years and stressed that in recent years, Austria is one of the biggest three foreign capital investors in Turkey, and sometimes even the biggest foreign investor and sheexprtessed the view that cooperations with third countries can also be realized. Sezgin said that it is a very good improvement that the relations among the Turkish businessmen associations in the third countries have been intensfying and she wished success to the TUİD delegation.

Member of the board of directors of TUİD Mr. Aziz Şimşek, on his part said that TUİD is not only comprised of Turkish businessmen, but it also has Ukrainian members and he said that TUİD has been realizing joint projects with the Italian, German, American and European businessmen associations in Ukraine.